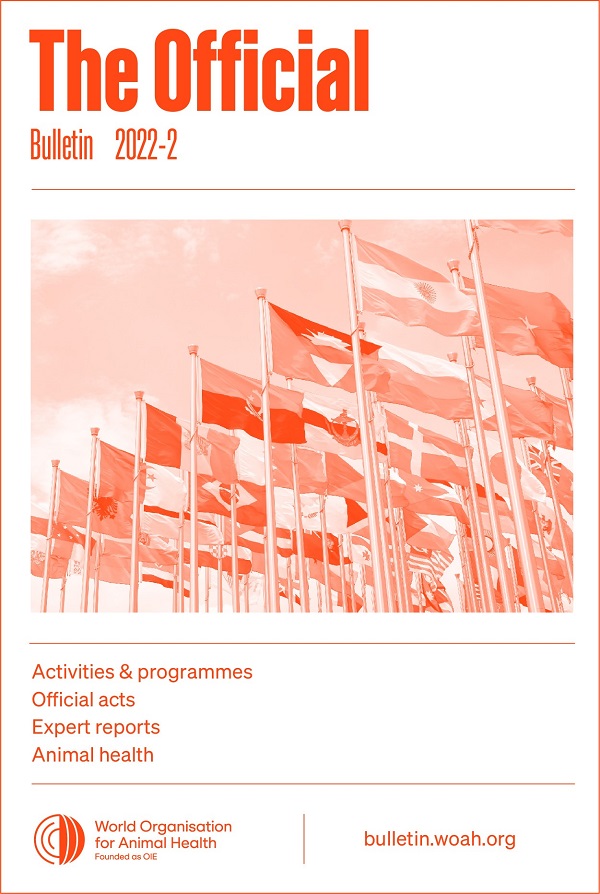 This article briefly describes the standard-setting activities of the World Organisation for Animal Health (WOAH) Specialist Commissions during the first year of a new term (2021–2024).

A core mandate of WOAH is the development of International Standards, the Aquatic Animal Health Code (‘Aquatic Code‘), the Terrestrial Animal Health Code (‘Terrestrial Code‘), the Manual of Diagnostic Tests for Aquatic Animals (‘Aquatic Manual‘) and the Manual of Diagnostic Tests and Vaccines for Terrestrial Animals (‘Terrestrial Manual‘). These Standards aim to facilitate international trade in aquatic and terrestrial animals and animal products, and to contribute to the improvement of animal health worldwide. The World Trade Organization (WTO) Agreement on the Application of Sanitary and Phytosanitary Measures (SPS Agreement) recognises WOAH as the international standard-setting organisation for animal health and zoonotic diseases, and on which WTO Members should base their import requirements.

In 2021, at the annual WOAH General Session, elections were held for the six members of each of the four WOAH Specialist Commissions to serve a three-year term (May 2021 until May 2024).

The first meeting of each of the newly elected Specialist Commissions was held during September 2021. Specific to standard-setting work, each Commission continued to progress standard-setting work already in progress, to consider requests for new work, and review and re-prioritise respective work plans for its respective three-year term. New and revised draft texts were circulated for comments by Members and international partner organisations. Ad hoc Groups were convened or expert consultations conducted, at the request of Specialist Commissions, to inform its work.

At the February 2022 meeting of the AAHSC, BSC and TAHSC, each Commission reviewed comments received and agreed on final texts to be proposed for adoption.

During the 89th General Session, in May 2022, the World Assembly of Delegates discussed and adopted the new and revised texts proposed by the respective Specialist Commission. The adopted texts will be incorporated into the 2022 editions of the Aquatic Code and Terrestrial Code and the updated versions of the Aquatic Manual and the Terrestrial Manual, which are available on the WOAH website in August and July, respectively.

The standard-setting process will continue when the Commissions meet in September 2022.

Report of the meeting of the WOAH Biological Standards Commission (BSC) held from 7 to 11 February 2022.

Report of the meeting of the WOAH Terrestrial Animal Health Standards Commission (Code Commission) held from 1 to 11 February 2022.

Report of the meeting of the WOAH Scientific Commission for Animal Diseases (SCAD) held from 7 to 23 February 2022.

Report of the meeting of the WOAH Aquatic Animal Health Standards Commission held on 24 and 27 January, and 16 to 23 February 2022.