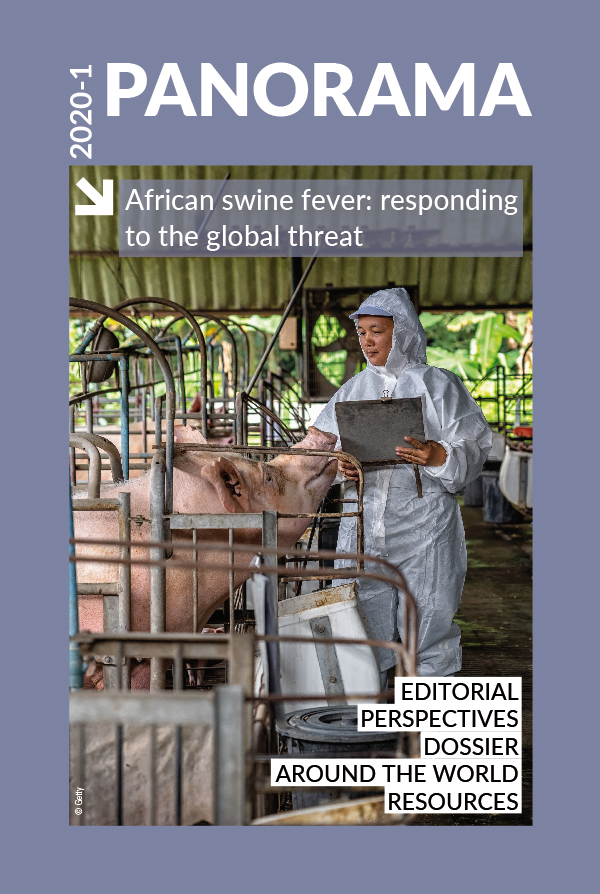 African swine fever (ASF) was first described in Kenya, in 1921, and has been subsequently reported in several African countries. Numerous incursions of ASF occurred outside Africa during the 1960s and 1970s, but most of these were eradicated [1]. During the 1990s and 2000s, the disease persisted on the African continent and on the Italian island of Sardinia. In 2007, it occurred again, outside Africa, in the Caucasus region, affecting Georgia, Armenia and Russia in 2007 and Azerbaijan in 2008, and reaching the European Union in 2014. In 2018, the disease spread to the People’s Republic of China, and has subsequently spread to other Asian and European countries where it has never previously been reported.

The recent global distribution of the disease during the period from 2016 to 2020 (as of 18 June) is depicted in Figure 1.

Since 2005, ASF has spread across 66 countries on three continents (Africa, Asia and Europe). Specifically, as of June 2020, 32 countries in Africa,(1) 20 countries in Europe(2) and 14 countries in Asia(3) have notified this disease to the World Organisation for Animal Health (OIE).

In this context, the World Animal Health Information System (WAHIS) of the OIE has been essential to centralise, verify and publish information on the occurrence of ASF outbreaks, provided by national Veterinary Authorities, in a timely manner. In 2020,(4) 27% of all the immediate notifications submitted to the OIE were for ASF.

Through WAHIS, the OIE informs the international community on the evolution of the disease situation, through alert messages, weekly follow-up reports, weekly regional epidemiological bulletins for Asia, and fortnightly global epidemiological bulletins. In addition, to ensure transparency in disease reporting, the OIE has established an active search of unofficial information, improving the transparency and timeliness of reporting by countries.