A collaborative vision of the future 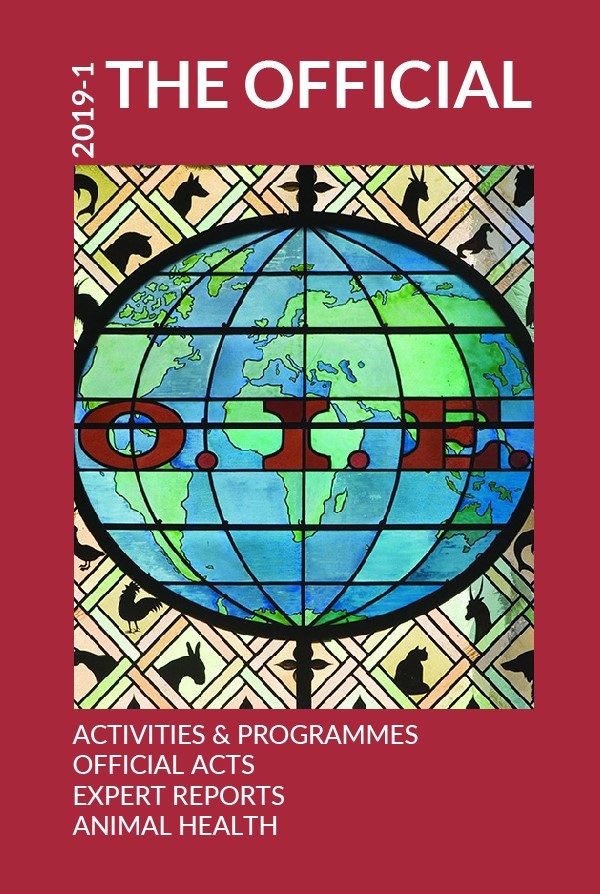 The 13th meeting of the Advisory Committee of the OIE World Animal Health and Welfare Fund (OIE World Fund) was held at OIE Headquarters on 13 December 2018. This meeting was structured around an innovative and interactive agenda to foster closer collaboration with its partners and investors. In her opening speech, introducing this new format, the OIE Director General, Dr Monique Éloit, invited participants to reflect on ‘ongoing and future priority areas for action which should be addressed by the OIE’.

In terms of income, 2018 was a record year for the OIE World Fund

An overview of the OIE’s work over the past year was the departure point for the one-day meeting, including a concise financial report that heralded 2018 as a record year in terms of income for the OIE World Fund since its creation in 2004. Nonetheless, the OIE reiterated that continued investment is necessary to support the implementation of the current and future strategic plans. This was followed by a presentation on the OIE’s vision for global animal health and welfare programmes and a statement on the modernisation of the OIE’s operations through a stronger Human Resources policy and a new IT master plan.

During the second part of the meeting, participants were divided into six working groups to discuss three topics which were selected to explore subjects related to the development of the OIE’s Seventh Strategic Plan, namely:

The topics, along with a list of related questions, were provided to the invitees prior to the meeting. Furthermore, each topic had a specific objective:

Continued investment is necessary to support the OIE’s Strategic Plans

The new format of the meeting enabled idea-sharing and debate on the development of the OIE’s Seventh Strategic Plan. Among these ideas, participants identified the achievement of the United Nations Sustainable Development Goals (SDGs) as a common objective and highlighted the important role that the OIE must play to accomplish them. Invitees also recognised the OIE as the reference organisation for science-based standards for animal health and welfare and mentioned how its work on the evaluation of Veterinary Services provides a baseline for other activities and programmes coordinated by external stakeholders in the field. This contribution from the OIE is not always visible to the global community, and thus it was suggested that the organisation develop more efficient communications that highlight its role at the foundational capacity level, as well as the ripple effects of its efforts to the benefit of other initiatives.

The OIE’s strong technical expertise, its approach towards the evaluation of Veterinary Services, and its strategy for capacity building were also highlighted as primary reasons to both collaborate on and invest in the OIE’s work plan. However, participants also encouraged the OIE to explicitly connect its work with the SDGs to provide donors with easy associations between the OIE and their own objectives.

For the investors and partners invited to the meeting, it is critical that the OIE’s Seventh Strategic Plan is driven by the OIE’s mandate and its responsibility towards its Membership. Participants debated the benefits and drawbacks of investing through pooled funding mechanisms or by earmarking funds for a specific topic, while engagement with regional development banks and the exploration of further collaboration with the private sector were also discussed as potential future avenues for fundraising.

According to Dr Éloit’s vision, the next Strategic Plan ‘should be a logical follow-up of the current plan (2016-2020), which draws on the expectations of partners and Members, rather than a document developed internally and submitted to the Membership during the OIE World Assembly of Delegates in 2020’.

The 13th meeting of the Advisory Committee of the OIE World Fund was a first step in meeting this objective. Conscious of the challenges that such a participative process entails, the OIE contracted the consulting firm Price waterhouse Coopers (PwC) to develop a methodology that will collect inputs and suggestions from all relevant stakeholders. Two consultants from PwC also participated in the meeting to gauge how the OIE is perceived by its investors and partners and to ascertain their expectations for the future. With all the information collected, including the ideas stemming from the 13th meeting of the Advisory Committee, PwC will support the OIE in the definition and development of a comprehensive, inclusive and collaborative vision for the future OIE.

A word of thanks

The OIE and its Members would like to extend its gratitude to all investors which have contributed to the World Fund, namely: