Photo by Sebastian Abbruzzese on Unsplash 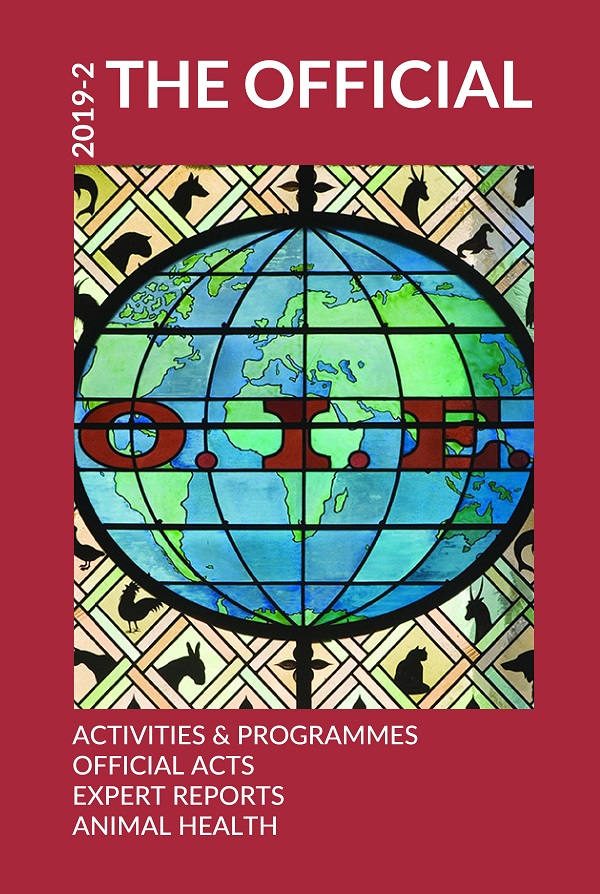 Since the previous meeting of the Expert Surveillance Panel in March 2018, outbreaks of equine influenza have been reported in Africa, Asia, Europe, North America and South America.

Equine influenza A (H3N8) viruses were isolated and/or characterised from outbreaks in Argentina, Chile, the People’s Republic of China, France, Germany, Ireland, the Netherlands, Nigeria, Sweden, the United Kingdom (UK), the United States of America (USA) and Uruguay.

In January 2018, equine influenza was diagnosed in Chile. In Argentina, equine influenza outbreaks were confirmed in the spring and summer of 2018. The first cases were reported in a stabling facility at an Andean crossing shared by trekking horses from Chile and Argentina. The disease was subsequently confirmed at racecourses, polo clubs and jumping clubs. The clinical signs were reported to be more severe than during the previous extensive outbreak in 2012. Many vaccinated and older horses were affected. Widespread outbreaks of equine influenza were also reported in Colombia, Ecuador and Uruguay.

An extensive outbreak of equine influenza was confirmed in Nigeria in late 2018 and is ongoing. To date, the outbreak is primarily in donkeys used for transport, agriculture and domestic purposes, and a case fatality rate of up to 25% has been recorded. Horses have also been affected but with very few fatalities. Vaccination against equine influenza is not widely practised in Nigeria.

Across Europe, there has been a widespread increase in equine influenza since late 2018 when outbreaks were first reported in France. Since then multiple outbreaks have been reported in France, Germany, Ireland, Italy, the Netherlands, the UK and Sweden. The disease has also been confirmed in Belgium and Denmark. The outbreak is ongoing and all sectors of the industry including leisure horses, showjumpers, racehorses, trotters and breeding stock are affected. The majority of laboratory-confirmed positive cases are unvaccinated. However, influenza has also been confirmed in horses vaccinated with vaccines updated in line with the current OIE recommendations. Typically, unvaccinated horses have been more severely affected than vaccinated horses.

In the USA outbreaks were detected throughout the year and across many states. Vaccination data were available for one outbreak, and horses vaccinated within the previous six months with an updated vaccine were affected.

In China several outbreaks of equine influenza were reported, with a high prevalence noted in donkeys.

Characterisation of viruses identified in 2018/19

Viruses isolated/identified from outbreaks in Argentina, France, Germany, Ireland, the Netherlands, the UK, the USA and Sweden were characterised genetically by sequencing of the haemagglutinin (HA) gene. The neuraminidase (NA) genes were sequenced for viruses from Argentina, France, Ireland, the UK and the USA. The HA and NA sequences were aligned with those of the recommended vaccine virus A/equine/South Africa/2003.

The whole genome sequences were determined for viruses isolated in Chile (2018), the UK (2018) and Ireland (2019) and are available on GISAID (the Global Initiative on Sharing All Influenza Data).

Viruses from Ireland, the UK and the USA were antigenically characterised by the haemagglutination inhibition (HI) assay using post-infection ferret antisera and chicken red blood cells.

All viruses detected were characterised as clade 1, Florida sublineage of the American lineage. These viruses were very similar to the majority of clade 1 viruses identified in the USA in 2017.

In 2017, viruses isolated in Florida and New York had the substitution Q189K previously observed in A/equine/Pennsylvania/1/2007. However, none of the viruses identified during the more recent surveillance period (2018/19) had this substitution.

The HI data available for viruses isolated in 2018/19, and the corresponding antigenic cartography analyses, show that the viruses remain antigenically closely related to the recommended clade 1 vaccine viruses.

There was an increase in equine influenza activity in 2018/19. All viruses isolated and characterised from these outbreaks were from clade 1 of the Florida sublineage and were similar to those identified in the USA in 2017. Clade 1 viruses are endemic in the USA, but this is the first major European outbreak associated with a clade 1 virus since 2009/10. Although the clade 1 viruses have gradually diverged genetically from the OIE recommended vaccine strains, the antigenic data with mono-specific ferret sera gave no indication that there would be a significant benefit derived from updating the vaccines. However, the Expert Surveillance Panel are mindful of the equine industry’s concern in relation to the increase in outbreaks and the detection of positive horses that were vaccinated with vaccines containing an OIE recommended clade 1 virus. Thus, epidemiological investigations and further virus characterisation are ongoing. Equine antisera specific to the recent strains will be produced and used for further antigenic characterisation. If necessary, the Panel will reconvene later in 2019 to review additional epidemiological and virological data.

Level of surveillance and updating of vaccines

The Panel continues to emphasise the importance of increased surveillance and investigation of vaccination breakdown in different countries.

Rapid submission of viruses to Reference Laboratories is essential if antigenic and genetic drift is to be monitored effectively on a global basis.

These are currently unchanged from those made each year since 2010.

It is not necessary to include an H7N7 virus or an H3N8 virus of the Eurasian lineage in vaccines as these viruses have not been detected in the course of the most recent surveillance and are therefore presumed not to be circulating.

Vaccines should contain both clade 1 and clade 2 viruses of the Florida sublineage.

Manufacturers producing vaccines for a strictly national market are encouraged to liaise with Reference Laboratories. The selected viruses should induce responses which are immunogenically relevant to the equine influenza viruses circulating nationally. Sequence determination of both HA and NAs should be completed before use.

Freeze-dried post-infection equine antisera to A/eq/South Africa/4/2003 (Florida clade 1) and to A/eq/Richmond/1/2007 (Florida clade 2) are available from the European Directorate for the Quality of Medicines (EDQM). These sera have been assigned single radial haemolysis values through international collaborative studies and can be used as primary reference sera for the assay.

Small quantities of ferret antisera for antigenic characterisation are available from the OIE Reference Laboratories in the UK and Ireland.